A method to land a great job, faster.

I help professionals stand out so they can secure meaningful work within the Netherlands and Europe.

You want to land a great job

But there's a problem...

You send applications but get no response or feedback.
You are ready for a change but nobody is willing to give you a chance.
You want to stand out but feel you are not good enough.
You are not coming across compellingly in the interview.
You find it hard to know what hiring managers are looking for.

You want to propel your career forward but not sure where to start.

If you are actively looking for a job or about to kickstart your job search, Mr. Cover Letter has everything you need to get job interviews and offers from places you want to work for.

Take control of your future 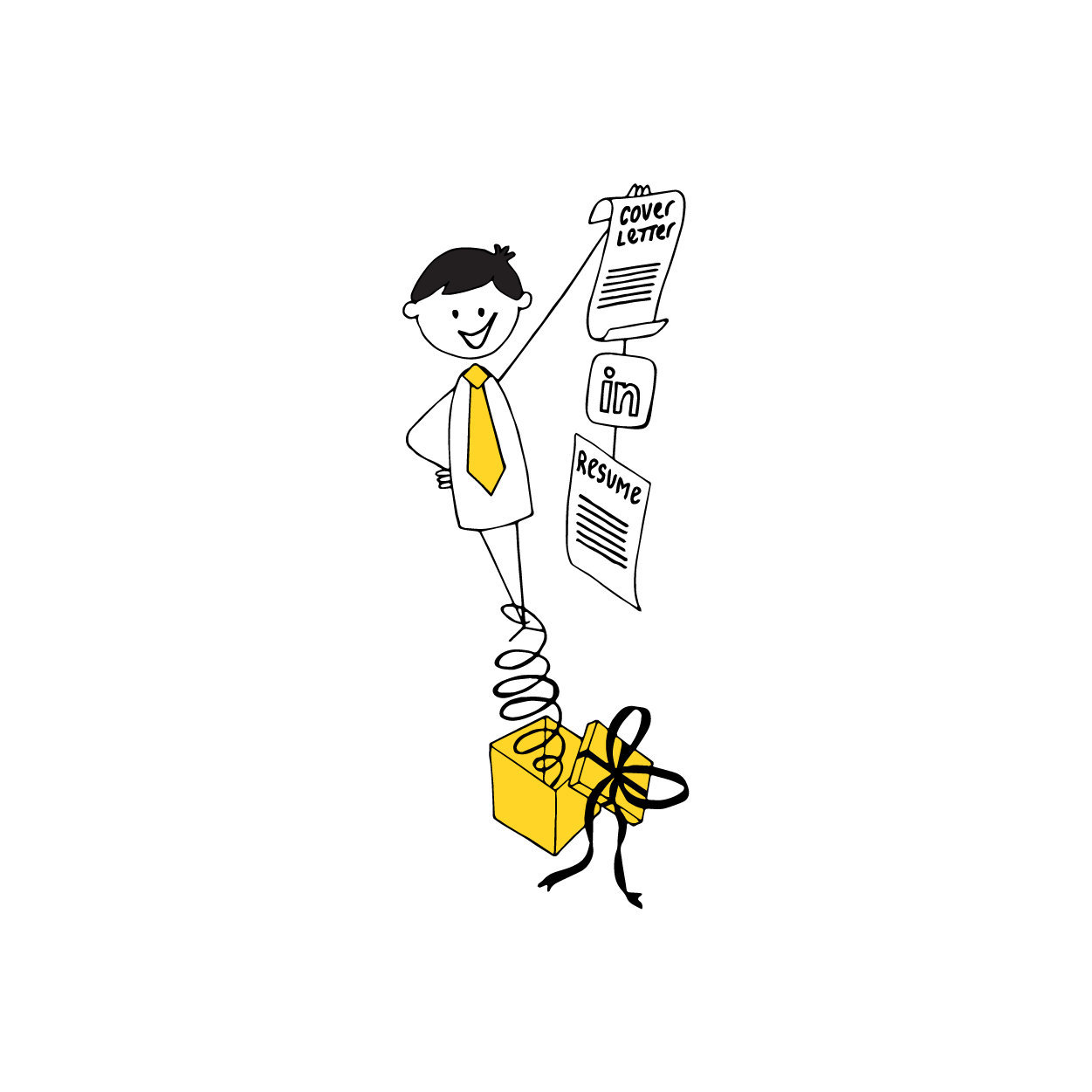 Clarify your story and value

Get crystal clear on what you want and what you have to offer. Master the skills to articulate this in a solid resume, an inviting LinkedIn profile and an engaging cover letter. Do it once and never worry about this ever again. Come across strongly in print, online and in person. 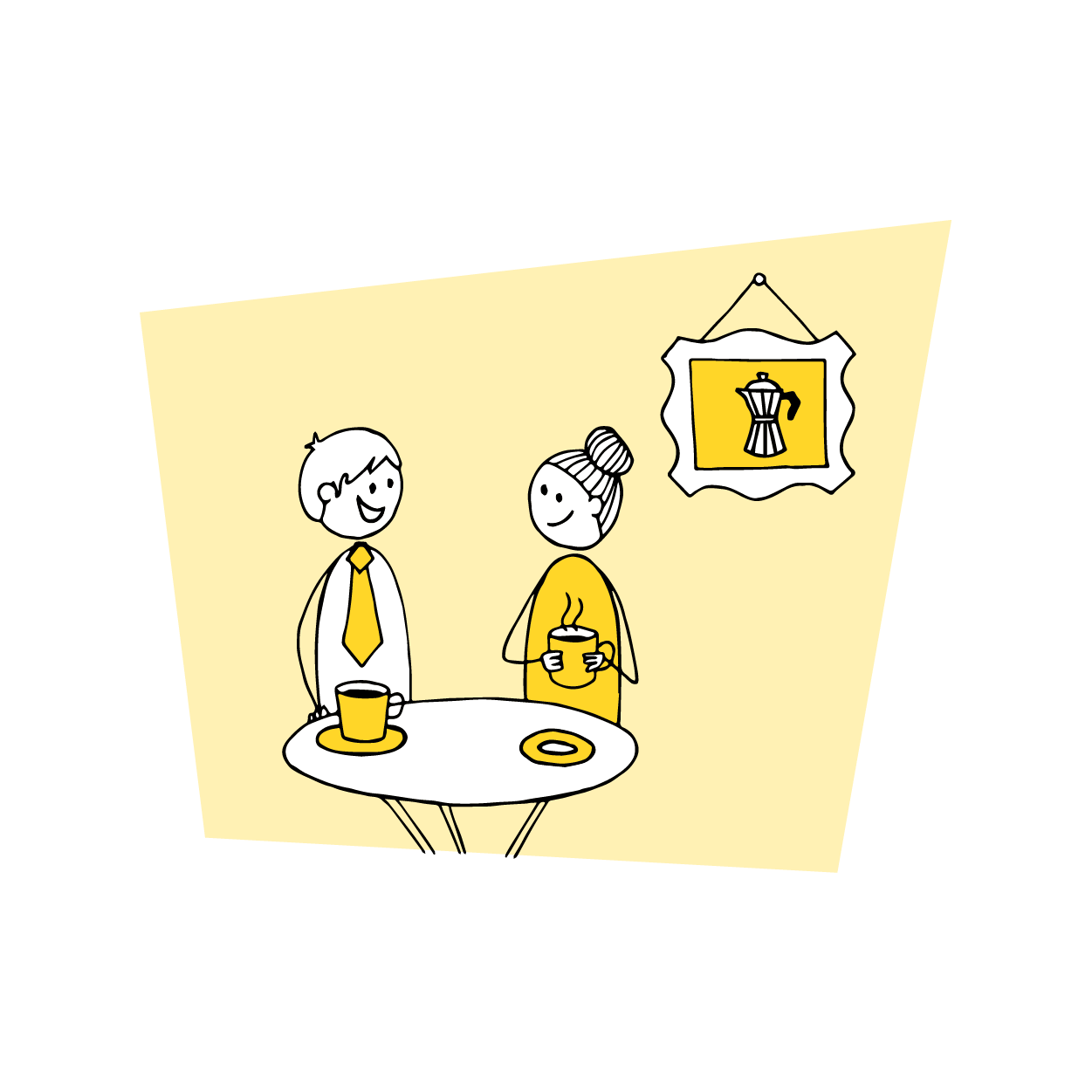 Craft a winning job search strategy that brings you results. Whether it’s online or offline, learn to leverage and expand your network so target companies respond and offer you job interviews. 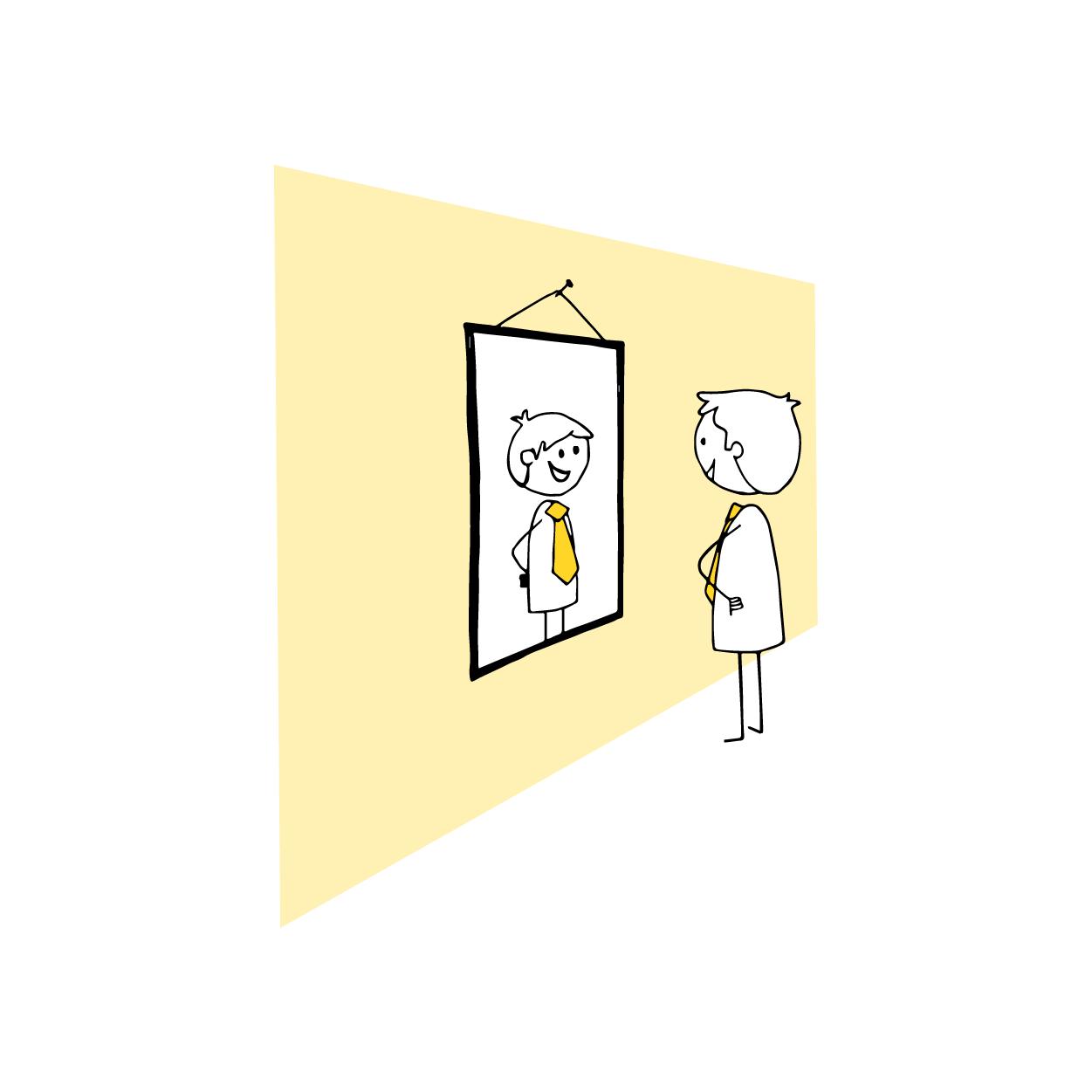 Get shortlisted & land the job

Show up full of confidence and enthusiasm. Knock their socks off and land a great job.

Cease the endless self-doubt, sleepless nights, and tossing and turning. You got this. Let’s get started!

Invest in yourself and make progress towards success.

Show up enthusiastic, confident and shine in each interview. Land a great job, faster.

Also known as Mr. Cover Letter, I’ve been at both sides of the table, both as a jobseeker and a hiring manager.

I know what it feels like to be frustrated, slogging my way through job boards and submitting application after application in desperation. After making some drastic and profound changes to the way I was doing things, I found myself on the other side of the hiring process, as a hiring manager myself.

It’s how I now know exactly what hiring managers are looking for when they screen for potential candidates. I’ve seen my old mistakes played out time and time again by jobseekers.  What started as a fun nickname amongst friends soon stuck and Mr. Cover Letter became my official channel to help even more people.

Today, it’s my mission: to support one million professionals to land a job where they can thrive, before 2030. It’s why I created Mr. Cover Letter and why I can help you too. 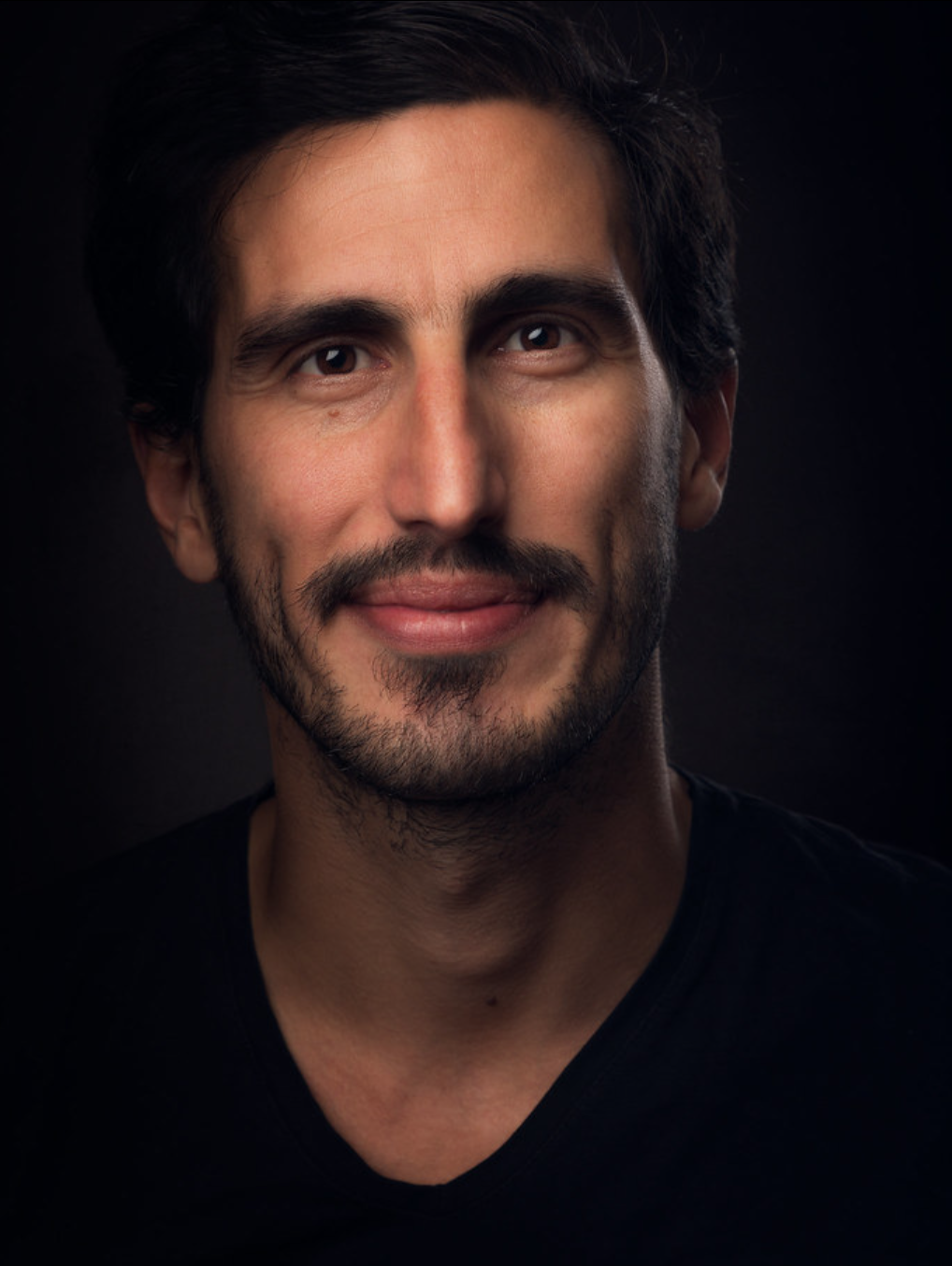 How to decode the job ad for maximum results

How to craft a magnetic resume that gets results

How to craft a magnetic cover letter that gets results

Or read the latest blogs

Yesterday I attended The International Career Café, as a guest speak on a round table about job searching in The Netherlands. This was an online event organised by NL Alumni Network, Here2Work and Here2Start– an informal get-together of young international professionals: International students and alumni

How to show “you can do it” in the interview

The best way to perform during an interview is to clearly articulate and get your point across on these three things: That you get it. That you want it. That you can do it. Organisations hire people to solve problems.  If you can make it

How to show “you want it” in the interview

The best way to perform during an interview is to clearly articulate and get your point across on these three things: That you get it.  That you want it. That you can do it. Organisations hire people to solve problems.  If you can make it

Previous
Next
Alvaro came to the rescue reviewing my resume. I've identified the shortcomings and made great modifications to sound professional and suit the local market. 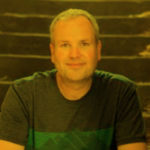 Peet S.Server performance engineer
Alvaro's digital Workbook gave me super simple and practical tools which helped me identify my talents and skills. These helped me confidently highlight them during my interview, easily. 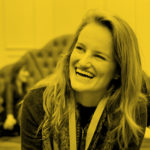 Annabelle P.Programme Manager
After three years abroad I moved back to the Netherlands without knowing what my ‘dream job’ could look like. Alvaro's coaching helped me reflect and define what I wanted. The first cover letter I wrote after reading his book got me an interview and subsequently a great job. They even praised my letter! 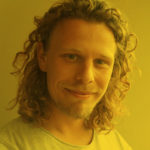 Jules S.Researcher.
I met Alvaro at a time when I wasn't getting to the interview. He asked me for my resume and told me that it was fine. My mistake was in my cover letters, which weren't persuasive nor personal. He encouraged me to treat each application as if it was the only one. Alvaro is a truly motivated and inspirational professional, a great helper to start looking for your new job. 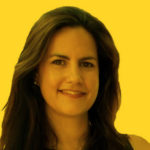 Carolina R.Account manager
By the time I met Alvaro, I had sent more than 150 job applications and only received 5 invitations for an interview. He helped me explore my options and pursue ONLY the right opportunities. Two weeks after working together I started to received interview invitations and in two more weeks I got a job offer. 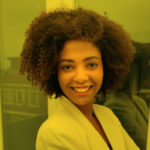 Lilis R.Customer success enthusiast
Alvaro’s review showed me how my cover letter read generic and a bit bland. He taught me how to focus on showing why I was a good fit for the position, instead of just rambling about my previous experiences. I got the job! 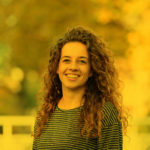 Irene W.Data Scientist
Condensing your work experience in only one page can be pretty difficult. With his sharp and synthetic reasoning, Álvaro helped me turn an average “doer” resume into a powerful statement of achievements. 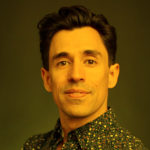 Jose R.Communications Manager
Alvaro helped me feel confident about what I was looking for, and what I had to offer. I finally moved to The Netherlands and found a job related to something I love: travel and tourism. I am so grateful with Alvaro; reading help made a huge difference for me. 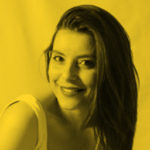 Celina P.Meeting Point Manager
Alvaro helped me write a resume and Cover letter relevant for the position I was looking for. With his guidance, I managed to show my full potential and make the best out of my previous professional experience. His coaching was especially helpful for me to be more confident and well prepared for the job interview.

Maria Jose P.Coordinator Partner Support
Alvaro helped me set up my CV in such a way that the reader would have no other option than inviting me. Straightforward and concrete changes that showed exactly what my experiences and skills are. After he next application I sent, I got invited for an interview and even more important: I got the job! 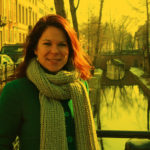 Laura R.Operations Manager
I worried that this workbook was going to be a waste of time. I was wrong. I made more progress in six hours than I've made in ten years applying for positions. 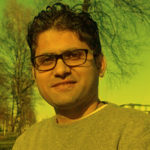 Arun P.Phd. - Data Scientist
Alvaro helped me over the years multiple times with career decisions. A great listener and knows how to get to the core of what you want and aim for. After a talk with him I always feel inspired and full of ideas on how to execute my plans! Open, honest, cheerful and warm person to work on career plans. 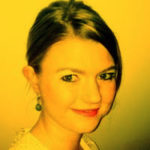 Karin Z.Brand and PR Manager
What did I learn under Alvaro's guidance? Mainly to recognise the value of my work. I could also define what I want to do and achieve. Listed my skills and values and not taking them for granted. Learned how to approach and take over the control of my future. How others value my work and think of me. 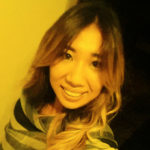 Josefina L.Brand and PR Manager
Alvaro’s digital workbook taught me to write vibrant cover letters and vamping resumes. Until then, I had been using the same lay-out for my resume for years and years, and I realised it was too long, and boring. I think Alvaro hits the nail on the head with his advice to write from the employer’s perspective, and to ’show’, rather than ’tell'.